Don't you just hate it when you go to or see an event and thought, "man, that was awesome!" only to find out others didn't feel the same way about it as you did? Yes, there will always be naysayers about this or that but when all of the nitpickers start chiming in, cumulatively they just become a total drag on what was an otherwise stellar event and gets my blood boiling. Not only that, I believe it could potentially cast doubt in the event promoters' minds about how they approach potential future events.


Let's take this year's Chili Bowl Nationals. I mean, talk about an unbelievable A-Main that showcased an up and coming rivalry that could be around for years to come that included an incredible last lap pass for the win! The surface was racy, the coverage (I watched on MAVTV) was balanced, but that ending!!! I went to bed Saturday night a very satisfied viewer already waiting for next year's edition. 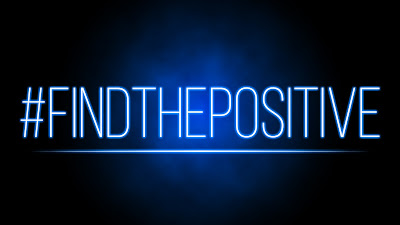 But when I woke up Sunday morning(ish), it was like I was in another world. People were complaining about this or that and it made me think, "did we even watch the same event?" Granted I was not there, I got to watch the event from the comfort of my bed, so I was in the comfort of my home during the lulls in the racing but as someone that has been to hundreds of races over the years, I can understand why they have those lulls for track prep or driver introductions. If you complained about either of those, do me a favor and find a new sport to be a fan of. If you'd rather a crappy racing surface or no driver intros for what is arguably the biggest race in the country, we don't need fans like you. I can only imagine the complaints you have about a weekly event when something doesn't go as planned. Just stay home!

Now that's out of the way, the good those naysayers brought to light is far more important than them just being complainers. My buddy in Texas, Joe Spillman, had his own little rant about those ranters. Joe was at the CBN and on his drive home did a little Facebook Live addressing his issues. Here is the thing about Joe that makes his word a lot more valuable than most others, he is a co-promoter at 281 Speedway in Stephenville, TX. He's seen all of this and the ill effects it has on our sport. And don't tell me negative, unsubstantiated, comments don't have an ill effect; I've seen my fare share of promoters/owners ask people to stop doing it. Even worse, it's been cited as a reason for promoters/owners shuttering the doors of their venues.

But there was something that Joe said that really caught my attention. It's something that I've been working on pretty much since my last event of 2018 and that is how can we as fans, promoters, owners, drivers, or anyone associated with racing change the paradigm. Joe suggested since 281 isn't racing weekly that when he travels to other tracks he will find something positive to say about that track/event. "Even if the only good thing about the place is a smooth driveway, they will know they had a smooth driveway." While funny, the point stands. That is what got my wheels turning and I suggested a hashtag campaign to him and he was all for it. That is when #FINDTHEPOSITIVE was born.

Here's the idea. For every event, go home and post at least one thing positive and use the hashtag, #FINDTHEPOSITIVE. It probably wouldn't hurt tag the track and/or series so people can backtrack to their pages. Track have good hot dogs, post it; the racing surface was amazing, let them know; the bathrooms clean, tell them! Even if it wasn't the best event you have ever seen, find one thing positive and let them know. And listen, we all have our downfalls and sometimes we need to be reminded of them but keep it off of social media; call the track and discuss it that way.

The big takeaway from all of this is showing positve support for your local tracks. We may not all have the financial means to do much but if you are reading this there is a good chance you have a social media account and you can use it to make a POSITIVE impact instead of tearing them down for all of their effort. I would just hate it for anyone if their local track closed and we didn't do our little part to let the promoters/owners know we appreciate all of the blood, sweat, tears, and money they dump into their facilities and/or events. Take a minute and thank them, that will go a long way with a lot of people. #GiveaLittletoGetaLittle